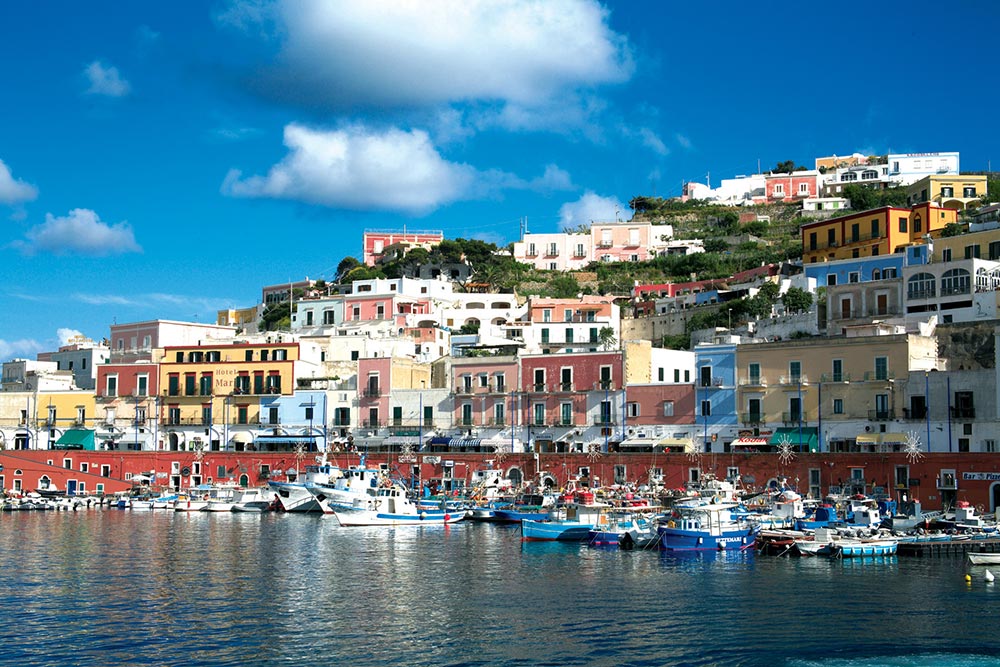 After a quick flight back to Rome, we drive an hour south to Anzio, one of four towns where ferries leave for Ponza, eponym of the Pontines and the archipelago’s main destination. Compared to the bustling ferry docks in Naples that service Capri, Anzio’s is tiny and refined, attended to by valets in orange shirts. The seven Pontine Islands were a regular stomping ground for Roman emperors beginning with Augustus. These days, they are a haven for sailors, like our Italian friend Marsillio, who calls the area the most beautiful place he has ever visited. En route to Ponza on the 70-minute ferry ride, we spot Zannone, once a private hunting forest and now a plant and wildlife refuge; Ventotene, with its old Roman port, Neapolitan-style town, and ruined imperial villa; and Santo Stefano, dominated by the crumbling remains of an 18th-century prison designed like the circles of Dante’s Inferno.