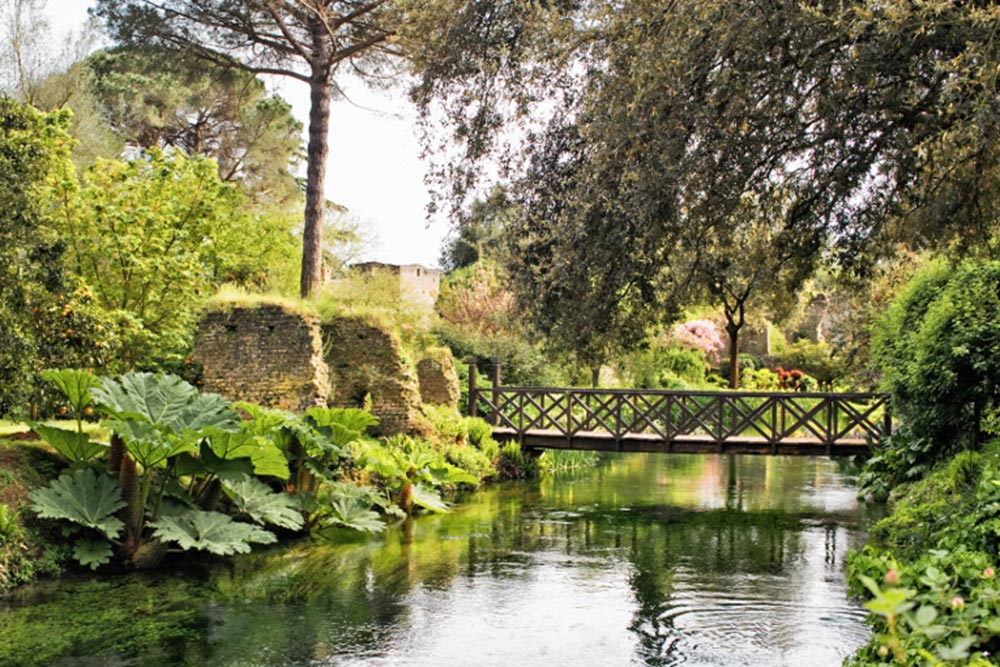 The town of Ninfa takes its name from a little temple dedicated to the nymphs during the Roman period, built on one of the most abundant springs at the foot of the Lepini Hills. These waters gave life to the original river Nymphaeus. Of the abandoned medieval town there remain today an imposing double wall and the ruins of a castle, churches, municipal buildings and many private dwellings. As in the past, water is still the key to Ninfa’s survival.
Ninfa had a significant economic and strategic identity as early as the 8th century. This came about due to the flooding and impassability of a stretch of the Appian Way between Cisterna and Terracina and the consequent spread of malaria. A water dam, seen to this day at Ninfa, is an example of advanced engineering from early times