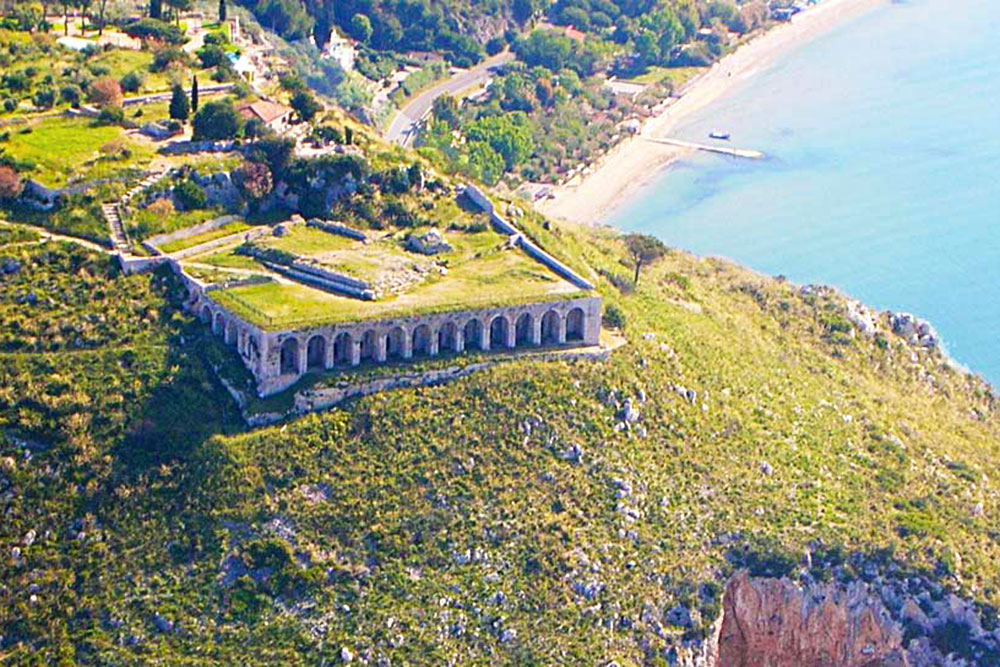 15 km away from Sperlonga
Among the most interesting monuments in Terracina as the Temple of Jupiter Anxur, also known as the Temple of Jupiter Anxur. The Monte Sant’Angelo dominates with its height the town of Terracina and is home, since ancient times, the buildings used to vote. The oldest building on the votive Monte Sant’Angelo dates back to the second century BC, and is known as Small Tempio.L’imperdibile view enjoyed from the Temple dominates from its 227 meters the town of Terracina, the Pontine plain, the Circeo, the sea with the Pontine islands and Ischia.