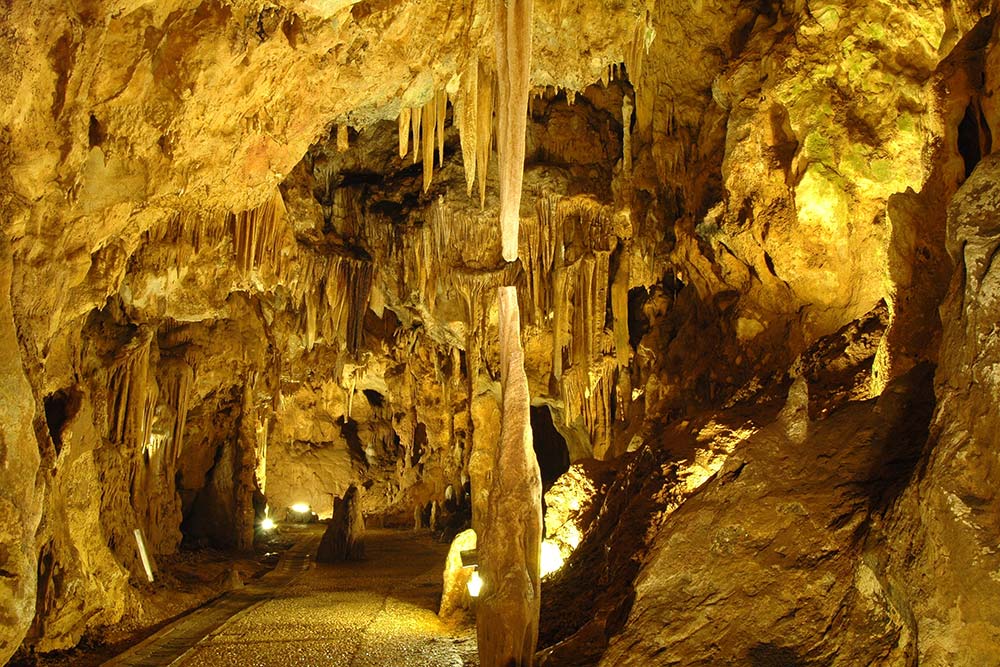 30 km from the beaches of Sperlonga, just beyond the border between Latina and Frosinone provinces, there is Pastena, a castle of volscian origin rebirth in 1227 under the rule of the Del Drago family. This place is famous for the carsian caves of national interest.

The descent to the caves allows visitors to get in touch with a natural environment that is million of years old, where human intervention was limited to the creation of a safe path in the rock.
The characteristics of the huge cave were determined by the erosive action of a stream of water.
The Cave is divided into two stumps: a fossil one, 900 metres long, allows a detailed tour of the cave and presents wide cavities (weeping-willow hall, tile hall, wonder hall, column hall and torment hall) and the main attractions; an active one, accessible trough a 200 metres staircase, which after 2000 metres, lead to the Sacco valley and Falvaterra. Such a natural beauty was discovered in the beginning of 1900 thanks to Carlo Franchetti, a roman baron, who, helped by the capital speleological group, allowed a greater accessibility and a livelier naturalistic interest.