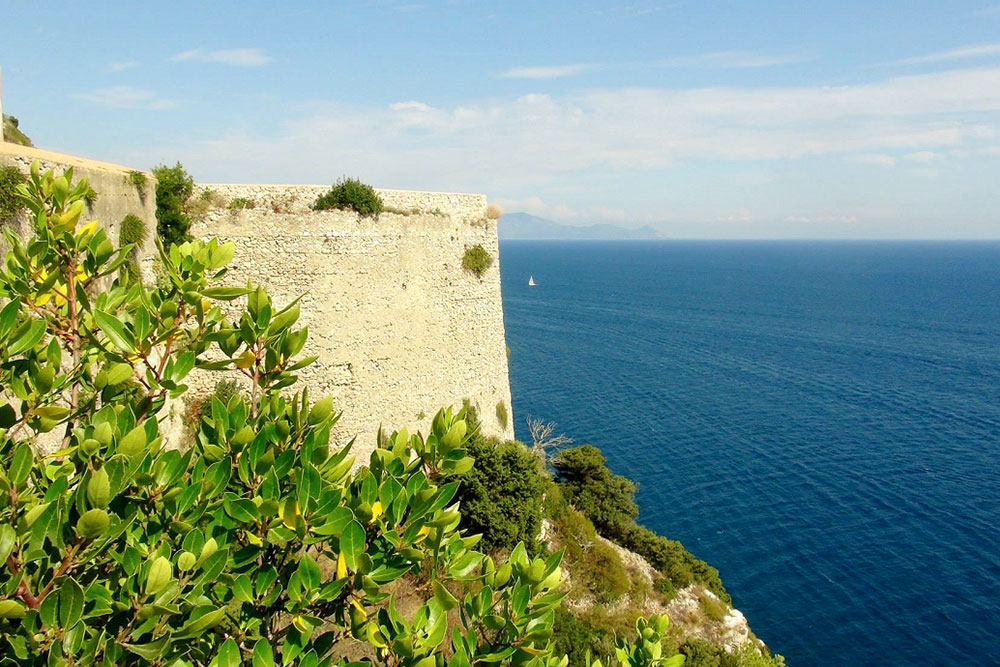 Posted by bbsperlonga_com Excursions No Comments

The park is named after Odysseus (Ulisse), that Homeric character that moored his boats in what today is the Gulf of Gaeta and who stock up of water at the Artakie springs, to fight the terrible Lestrigoni in Sperlonga and fall in love with Circe, the famous witch. The park extends on a surface of 434 hectares and has 80 hectares of marine area for a total of 514 hectares of great natural relevance: an exceptional meeting between nature, history and archeology.
The park “”Riviera di Ulisse” is born from three protected areas (Promontory of Gianola-Monte di Scauri, Mount Orlando and a stretch of Sperlonga’s coast) that preserve relevant roman testimonies of evident naturalistic and archeological value. The whole Gulf of Gaeta was entirely colonized since republican age (II – I century BC) with residential buildings, temples and other structures belonged to senior members of the roman aristocracy that elected this land to privileged destination of staying.